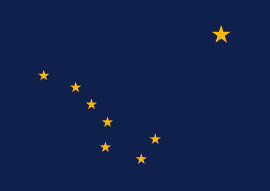 Alaskans will not need a witness to sign their absentee ballots for the November general election because of COVID-19, the Alaska Supreme Court decided Monday. The state will be required to count unsigned ballots and to do voter outreach regarding the change.

NARF Staff Attorney Wesley Furlong responded to the court’s decision, “This witness requirement serves no legitimate purpose. Given the pandemic, it is an unconstitutional obstacle for voters that could especially affect Alaska Native communities. We are pleased that the courts have protected Alaskan voters for the upcoming election.”

Yesterday’s decision upholds the decision from Anchorage Superior Court Judge Dani Crosby, who last week ruled that the requirement “impermissibly burdens the right to vote” during the pandemic.

The state was quick to appeal the decision.

“Alaska’s highest court did what Lieutenant Governor Kevin Meyer refused to do, it ruled to protect the most fundamental right in our democracy—the right to vote. It is the Lieutenant Governor’s duty to protect the Alaska and US Constitutions, but he failed to do his job. Instead he spent thousands of taxpayer dollars fighting to protect the witness signature requirement, which does nothing more than suppress voters and muzzle voices,” said ACLU of Alaska Executive Director Joshua Decker.

“No Alaska voter will have to sacrifice their health and well-being to cast their vote this November,” said Pooja Chaudhuri, an attorney with the Lawyers’ Committee for Civil Rights Under Law. “This ruling is another victory in the fight against voter suppression efforts. While Alaska’s election officials failed to take common-sense steps to protect the fundamental right to vote, we are happy the courts ruled in our favor.”

Alaska’s witness signature requirement would have forced interaction on those who live alone, are immunocompromised, or have been self-isolating since the beginning of the pandemic. These voters reasonably fear contracting COVID-19 and have chosen not to be in the presence of others.

Read more about the tribe’s efforts to protect Native Alaskan voters during this pandemic.