Cobell Documentary on the World Channel

In 1996, the Native American Rights Fund along with co-counsel initiated a lawsuit on behalf of Elouise Cobell and a class of plaintiffs.  A settlement agreement with the federal government was finally reached in 2009.

Director Melinda Janko has captured the endless legal battle and the frustrating bureaucratic red tape, but also the human elements of the story in her documentary, 100 Years: One woman’s fight for justice. See the film Tuesday, March 13 @ 8/7c on the World Channel. 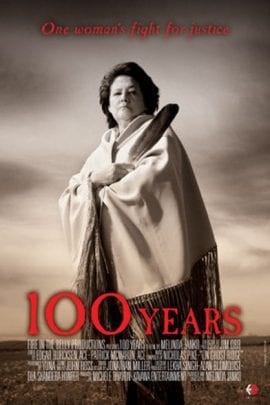