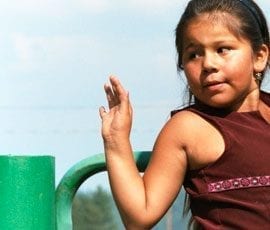 Yesterday, the federal District Court for the District of Arizona dismissed A.D. v. Washburn, a case brought by the Goldwater Institute challenging the Indian Child Welfare Act’s (ICWA) application to Native children in the Arizona foster care system. This case was an attempt by a special interest group to dismantle the law that has protected thousands of Native children and families nationwide.

The National Indian Child Welfare Association, the Native American Rights Fund, the National Congress of American Indians, and the ICWA Appellate Project at Michigan State University College of Law applaud the court’s decision as a victory for Native children and families. The court’s holding was based on the fact that—contrary to Goldwater’s claims—no children were harmed by ICWA, a law designed by Congress to protect the rights of children and parents in child welfare proceedings.

As national organizations dedicated to the mission of ensuring that Native children and families get fair treatment from the courts and in child welfare agencies, we reject that special interest-driven politics have any place in decisions concerning the welfare of children.