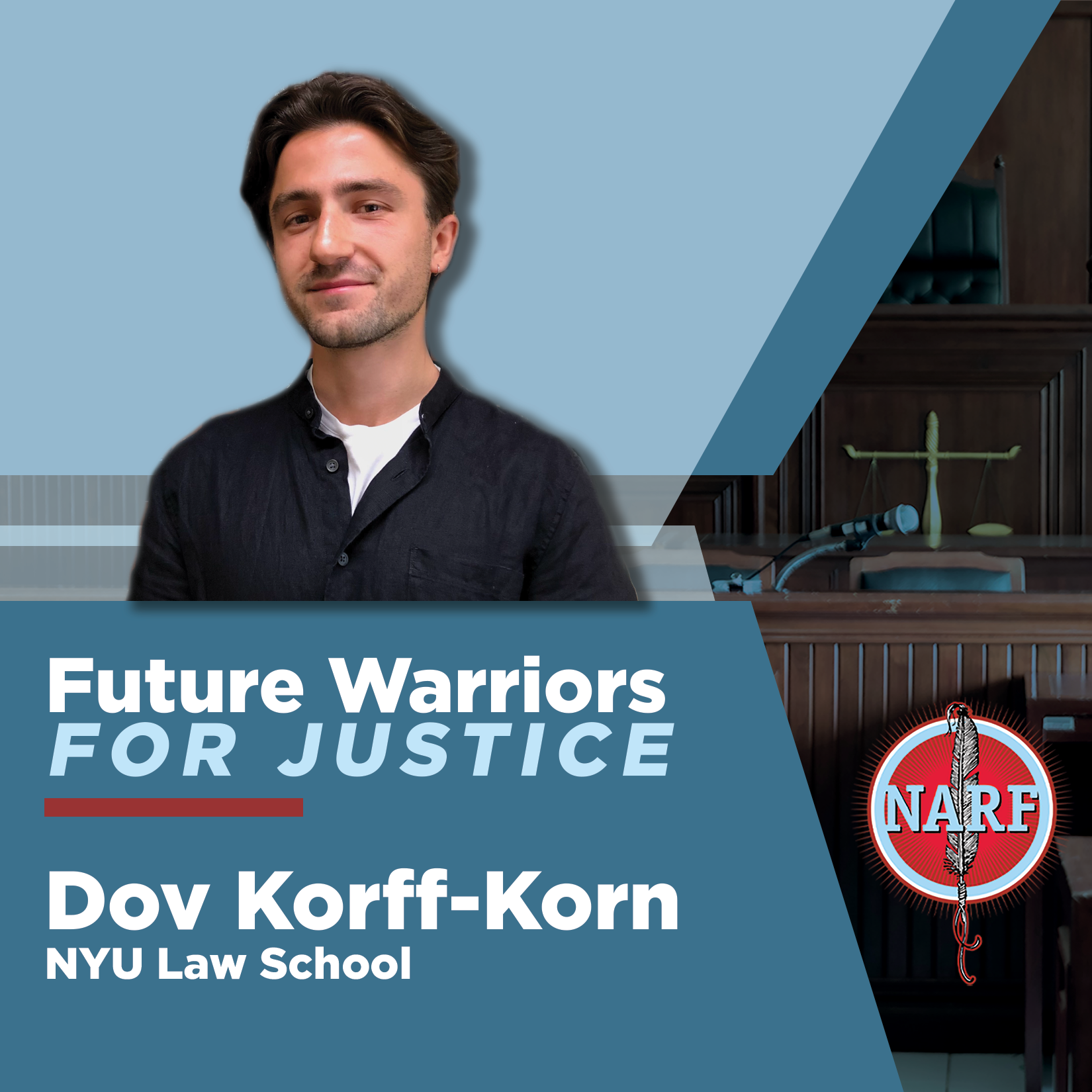 Dov is a rising third-year student at NYU Law School focused on federal Indian law and environmental justice advocacy. Dov graduated with honors from Dartmouth College in 2019, where he studied comparative government and concentrated his coursework on contemporary Indigenous law and political theory. He is the summer law clerk in NARF’s Anchorage, Alaska office.

Prior to law school Dov co-produced a documentary short film about Indigenous food sovereignty and ecological stewardship in the Great Plains, Pacific Northwest, and Hawai’i. Dov is a member of the NYU-Yale American Indian Sovereignty Project and a participant in its Native Amicus Briefing Project. At NYU he is the Environmental Law Society’s advocacy director, facilitating student litigation support for campaigns against fossil fuel infrastructure. He recently completed a stint as a clinician at the Natural Resources Defense Council, where he assisted with a federal case against a natural gas terminal on the Delaware River. Last summer Dov worked for Pine Tree Legal Services in Maine, where he aided in updating the Penobscot Nation’s domestic violence code and in a NAGPRA claim with the Wabanaki Nations.

Dov works closely with the Lakota People’s Law Project and serves on the board of Hui Hoʻoleimaluō, a food sovereignty and community education organization in Hawai’i. He is especially interested in subsistence issues, land and water rights, Indian Child Welfare Act, and tribal authority in setting environmental regulations under the Clean Water Act and Clean Air Act. Dov grew up in now-called New York City but feels more at home where mountains meet the sea. In his free time, you can catch him hiking and camping, cooking, playing the drums, or hanging out with his pup Tova.