We want to thank Jessica Allison, who joined our Boulder office team this semester as a legal extern. 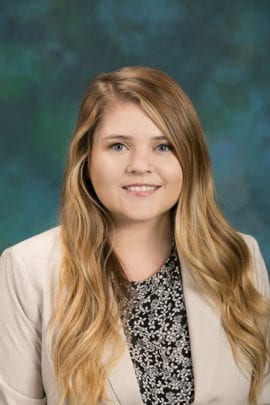 Jessica is a citizen of the Cherokee Nation of Oklahoma and was born and raised in Colorado Springs, Colorado. She earned a Bachelor of Journalism in Arts and Culture Journalism from the University of Missouri-Columbia in 2016. In her capstone class, Jessica did an extensive research project on the newly-implemented Violence Against Women Reauthorization Act of 2013 and its provisions regarding tribal prosecution of non-Indians. This experience inspired her to pursue a career in Indian law.

Jessica is in her final year of law school at the University of Colorado Law School. She is a Casenote & Comment Editor for the University of Colorado Law Review, and earlier this semester she published her Comment, Beyond VAWA: Protecting Native Women from Sexual Violence within Existing Tribal Jurisdictional Structures. Also during her time as a law student, she was a legal intern for the Rocky Mountain Victim Law Center and as a student attorney in CU’s American Indian Law Clinic, where she helped draft a white paper on human trafficking in Indian Country.

After graduation in May, Jessica hopes to find a career in Indian Country where she can advocate for the protection of Native women against sexual violence and help strengthen tribal sovereignty. In her free time, she enjoys kickboxing, attending Colorado Avalanche games, and painting.