Mike LaValley is a rising 3L at the Sandra Day O’Connor College of Law at Arizona State University. Mike is a member of the Blackfeet Nation and also comes from the Gros Ventre Tribe of the Fort Belknap Indian Community. 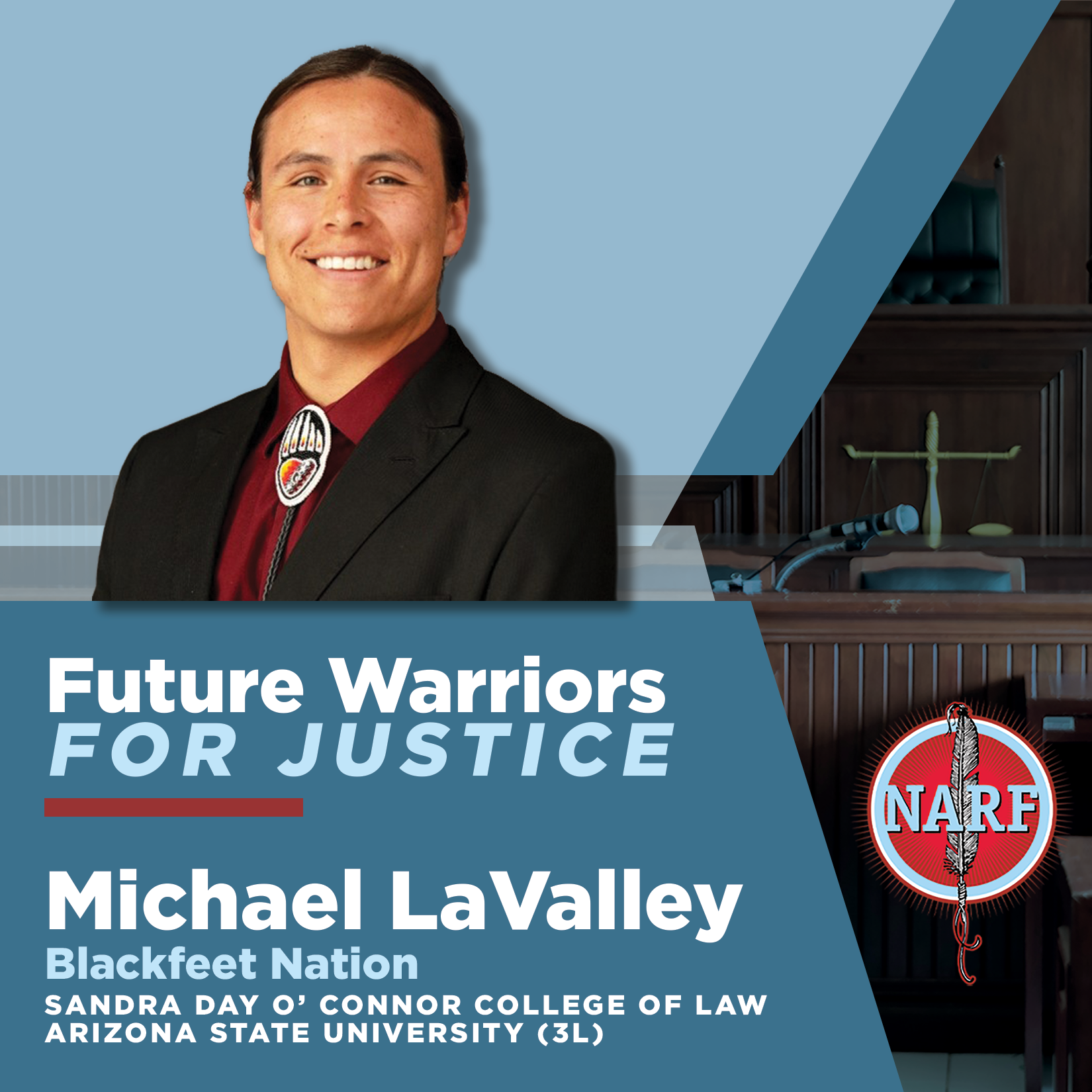 As a student at ASU Law, Mike is involved with the Native American Law Students Association, serving as Vice-President in 2021-22, and served as both a junior and senior fel

low with the Marshall-Brennan Constitutional Literacy Project in 2020-21 and 2021-22, respectively. In summer 2021, Mike was a law clerk for the Gila River Indian Community in the Tribe’s Office of the General Counsel.

Mike graduated from Montana State University-Northern with a B.S. in Secondary Education, History and Government in 2014. He also played on the MSU-N men’s basketball team throughout his undergraduate career. Prior to law school, Mike worked under the Wilma Mankiller Fellowship at NCAI in 2015-16. From 2016-2020, Mike worked for the Office of United States Senator Jon Tester as the State Tribal Liaison to Montana’s eight Tribal Nations.