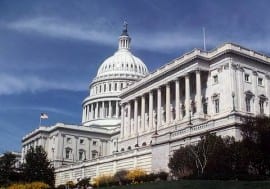 Yesterday NARF joined with 28 other national organizations to call for an immediate end to the persistent and destructive obstruction of judicial nominees in the United States Senate.  The joint statement released by NARF and others reads as follows:
Regardless of where you live or what issues you care about, all Americans deserve a judiciary that works for them.  Today’s White House briefing with community leaders, legal experts and advocates for an effective judiciary is an unequivocal statement about that priority.
Recent cases demonstrate that no matter the issue – health care, immigration, marriage equality, workers’ rights, employment discrimination, environmental regulation, privacy, and ethics – the courts will continue to play an increasingly important role in the lives of hardworking Americans. But the courts can’t function without judges.  Unprecedented obstruction by a minority in the Senate has left the nation with 96 current and future vacancies on the federal courts, leading to a substantial backlog of cases that undermines our system of justice and makes it impossible for most Americans to have their case heard in a timely manner.
It’s troubling to realize that, more than four months into 2012, the Senate has voted only on nominees who were pending on the Senate floor last year and eligible for a confirmation vote in 2011.  Today, in fact, marks the first time this year that the Senate is scheduled to vote on nominees who were not pending in 2011.
This vacancy crisis, which has left 250 million Americans living in communities with unstaffed federal courtrooms, must end, and the confirmation process must not be allowed to be slowed even further by election-year politics.  We believe that every nominee submitted by the President this year deserves a yes-or-no vote confirmation vote.  Together, we will continue to fight for a fair judiciary and stand with the American people to ensure they have timely access qualified judges to hear their disputes and have their day in court.
Signed,
Alliance for Justice
American Association for Justice
American Constitution Society for Law and Policy
American Federation of Labor-Congress of Industrial Organizations (AFL-CIO)
Asian American Justice Center, member of the Asian American Center for Advancing Justice
Bazelon Center for Mental Health Law
Center for American Progress
Communication Workers of America (CWA)
Compassion & Choices
Constitutional Accountability Center
Defenders of Wildlife
Hispanics for a Fair Judiciary
Hispanic National Bar Association
Human Rights Campaign
The Justice at Stake Campaign
Lawyers’ Committee for Civil Rights Under Law
The Leadership Conference on Civil and Human Rights
League of United Latin American Citizens
NAACP Legal Defense & Education Fund, Inc.
National Asian Pacific American Bar Association (NAPABA)
National Bar Association
National Congress of American Indians
National Council of Jewish Women
National Employment Lawyers Association (NELA)
National Partnership for Women & Families
National Women’s Law Center
Native American Rights Fund
People For the American Way
Union for Reformed Judaism
More blog posts