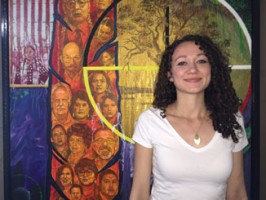 Adeleene Rockwell has joined NARF’s Boulder, Colorado, office as a legal fellow.  Addy grew up on the Flathead Reservation in Dixon, Montana, and is a recent graduate of UCLA School of Law.  While at UCLA, Addy pursued a specialization in Critical Race Studies.  She participated in UCLA’s Tribal Legal Development Clinic, where she worked directly for a tribal client to draft portions of a new civil code.  She also volunteered as a mentor in the UCLA Law Fellows outreach program, was a member of the UCLA Native American Law Students Association, and attended the Racial Justice in the Americas Conference in Bogota, Colombia, in 2013.  After graduating from law school, she worked as a research assistant and coordinator for the director of the American Indian Studies Center at UCLA.