The Native American Rights Fund has helped to preserve the right of the Red Lake Band of Chippewa Indians to run their Tribal fisheries without interference from the federal government. 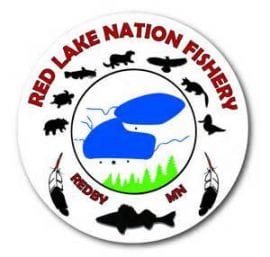 On Friday, December 4, the US Circuit Court of Appeals for the Eighth Circuit released its opinion in Scalia v. Red Lake Nation Fisheries, Inc., No. 19-3373, rejecting the US Department of Labor’s attempt to regulate the tribal fisheries through the Occupational Safety and Health Act (“OSHA”).

The case arose from a 2017 accident on the lake that prompted the Federal Occupational Safety and Health Administration to send inspectors to the Red Lake Reservation, and ultimately to issue two citations with fines totaling more than $15,000 to the Red Lake Nation Fisheries, Inc. The Fisheries are incorporated under tribal law, wholly owned and operated by the Tribe, and employ only tribal members. The Fisheries challenged the citations, arguing that the Department of Labor had no authority to issue them to a tribal enterprise operating within the tribe’s reservation. The dispute first went to an administrative law judge within the Department of Labor; that judge ruled in favor of the Tribe, relying in large part on an earlier Eighth Circuit decision holding that the Age Discrimination in Employment Act did not apply to a tribal enterprise and its tribal member employee.

The Department of Labor appealed, pointing to OSHA’s broad definitions of “employer” and “commerce,” and arguing that Congress intended the law to have a very broad sweep. In addition, the Department argued, because OSHA specifically excluded both federal and state governments from the definition of “employer”—but did not exclude tribal governments—Congress intended for OSHA to apply to tribal governments. Finally, the Department argued that the Fisheries should not be considered a governmental entity, but rather a commercial entity.

But the Fisheries had the better argument. They, too, pointed to the text of OSHA, noting that Congress said it enacted the law in order to regulate foreign and interstate commerce, but said nothing about regulating Indian commerce. They pointed to more than a thousand pages of Congressional testimony, research, and drafts that said nothing about regulating tribes or tribal enterprises. They pointed to the Tribe’s treaty right to fish, and argued federal regulation would interfere both with that treaty fishing right and more broadly with the Tribe’s right to govern itself.

Throughout, NARF was right there at the Fisheries’ side. NARF helped attorneys for the Fisheries test and refine their own arguments. In addition, NARF drafted an amicus brief on behalf of the NCAI Fund (the educational arm of the National Congress of American Indians). That brief pushed back against the Department of Labor’s false governmental-vs-commercial dichotomy and more fully explored how acts of Congress must be interpreted against a backdrop of tribal sovereignty. The Fisheries also got an assist from the Shakopee Mdewakanton Sioux Community, which explained from that Tribe’s own experience how the Department of Labor could achieve its goals through government-to-government cooperation, instead of coercive investigation and enforcement.

The Eighth Circuit left no question which argument it found more persuasive. The three-judge panel handed down a unanimous opinion holding that OSHA does not authorize the Federal government to regulate the Fisheries. “For a statute of general applicability to apply to Indian self-government, this court looks for either an explicit statement of Congress or evidence of congressional intent to abrogate in the legislative history of a statute,” the Court wrote (internal quotations, citation, and alteration omitted). And the Court found no such explicit statement in OSHA, and no such evidence of intent in OSHA’s legislative history.

Scalia v. Red Lake Nation Fisheries, Inc. is an important case in an ongoing dispute in Indian country: do federal statutes of general applicability apply to Indian tribes and tribal enterprises? Several courts have held that they do, and have wrongly allowed the regulation of tribes and tribal enterprises through OSHA, the National Labor Relations Act, and other statutes that make no mention of tribes or tribal enterprises. With the win in this case, Red Lake and NARF have helped to hold the line against this creeping federal authority, and to preserve tribal sovereignty for future generations.

If you would like to support this and other critical NARF work on behalf of tribes and Native people across the country, please make a donation today.