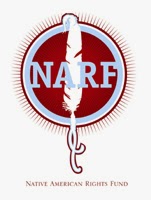 Chiloquin, OR — The Klamath Tribes announced today the completion of nearly eight months of negotiations with Upper Klamath Basin stakeholders on the Proposed Upper Klamath Basin Comprehensive Agreement, and support of the Proposed Agreement by The Klamath Tribal Council.  Tribal negotiators, with the assistance of the Native American Rights Fund (NARF), worked non-stop to develop innovative solutions to resolve water and natural resource management issues in the Upper Klamath Basin.  The settlement efforts, which began in July 2013, were initiated via the Klamath Basin Task Force convened by Oregon Senators Ron Wyden and Jeff Merkley, Congressman Greg Walden, and Governor John Kitzhaber.  The Proposed Agreement now goes to Tribal members for their consideration by referendum vote, and to irrigators for their endorsement.

Klamath Tribal Chairman Don Gentry commended the work of the Tribes’ Negotiation Team.  “I want to express my gratitude to the Tribes’ Team.  They showed great fortitude throughout the process.”  Gentry further added, “And I am very pleased with the Klamath Tribal Council’s decision to support the Proposed Agreement and send this out to a referendum vote of the Tribal membership. We look forward to sharing the terms of the agreement with our community in the days to come.”

Vice-Chairwoman Vivian Kimbol expressed her support for the Proposed Agreement, stating “We are on the verge of bringing significant change that will continue the healing of the Basin for all involved.  At the end of the day any agreement needed to be balanced and recognize the needs of our members and treaty protected resources, which I think we accomplished.”

The Proposed Agreement also provides for four public access sites for Tribal members’ exercise of Tribal Treaty fishing rights.  The Agreement adds to, and facilitates implementation of, the Klamath Basin Restoration Agreement and Klamath Hydroelectric Settlement Agreement, which were approved by the Tribes in 2010 and amended in 2012.

NARF has represented the Klamath Tribes for more than 40 years on treaty resource matters and since 1976 on the Klamath Basin Adjudication, which confirmed the Tribes’ time immemorial priority date water rights and led to enforcement of the water rights for the first time ever during the 2013 irrigation season.  “When we consider all of the pieces together, the confirmation of the Tribes’ water rights in the Adjudication, the Klamath Basin Restoration Agreement, the Klamath Hydroelectric Settlement Agreement and now the Upper Basin Comprehensive Agreement, the Tribes have built a solid foundation to continue the restoration of the tribal fisheries and their economy” said David Gover, NARF staff attorney.

The full Agreement as well as a summary of the Agreement are available here.