Today, the Crow Tribe of Indians, represented by the Native American Rights Fund, asked the federal court in Wyoming to vacate the judgment from a case decided in the 1990s that held that the Crow Tribe’s off-reservation treaty hunting rights had been extinguished when Wyoming became a state.

“Ordinarily, the courts value finality, and a 25-year-old judgment would not be disturbed,” said NARF Staff Attorney Dan Lewerenz, who represents the Crow Tribe in this case.  “But the courts also have a rule that specifically addresses situations like this—where the passage of time and changed factual or legal circumstances make it unjust to leave an old judgment in place.” 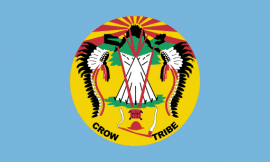 In 1851 and 1868, the Crow Tribe negotiated treaties with the United States, which—among other things—clearly defined the Tribe’s hunting rights. But the State of Wyoming has not always respected those rights. In 1992, after the prosecution of a Crow Tribe member for treaty hunting, the Tribe asked the Wyoming federal court to declare that its off-reservation treaty hunting rights remained intact. The court, pointing to Ward v. Race Horse, said its hands were tied and entered judgment in favor of the state.

Things changed when the Supreme Court took up a different Crow Tribe treaty hunting case: Herrera v. Wyoming. In that case, decided in 2019, the Court held that the Crow Tribe’s off-reservation treaty hunting rights had not been extinguished, and specifically said “that Race Horse”—the case that the Wyoming court had relied so heavily upon—“is repudiated to the extent it held that treaty rights can be impliedly extinguished at statehood.”

“Our rights under the Treaties of 1851 and 1868 remain significant and important to Crow citizens today,” said Heather Whiteman Runs Him, a Crow Tribe member and Director of the Tribal Justice Clinic at the University of Arizona James E. Rogers College of Law, who worked with NARF on this case.  “The right to hunt for subsistence on ceded lands must be respected by the State of Wyoming, especially after the Supreme Court’s ruling in Herrera.”

Although the Repsis judgment remains on the books, under Rule 60(b) of the Federal Rules of Civil Procedure, a party can seek relief from a judgment that is “based on an earlier judgment that has been reversed or vacated,” or if “applying it prospectively is no longer equitable,” or for “any other reason that justifies relief.” With today’s action, the Tribe seeks to have the Repsis judgment vacated, and the case brought in line with the Supreme Court’s recent Herrera ruling.

The Crow Tribe is represented in this matter by Dan Lewerenz and Wesley James Furlong of the Native American Rights Fund, and Bailey B. Lazzari of Lazzari Legal in Lander, Wyo., with assistance from the Tribal Justice Clinic at the University of Arizona James E. Rogers College of Law and its director, Heather Whiteman Runs Him.