Tired of looking to the outside for answers? It’s time to turn around and look within your own communities for strength. 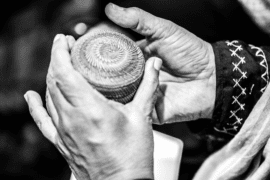 Peacemaking is not alternative dispute resolution to Native communities – it is the original, traditional way our communities managed to work through disputes for centuries before tribal courts were created. Because of natural limitations inherent in tribal courts, there is increasing interest in the continuation and revitalization of those traditional ways.

The National Council of Juvenile and Family Court Judges and the National American Indian Court Judges Association invite you to a free webinar on Peace Circle Models. This webinar will explain how tribal traditions may hold a solution to some problems that have proven especially difficult in tribal court, provide some examples of how other tribes have had success, and explain how this movement is part of a bigger picture, even internationally, of how indigenous communities are using their own wisdom to solve their problems.  Speakers include  NARF Indigenous Peacemaking Initiative staff and advisory committee members.